Faded is actually an old Alan Walker song that he released in 2014 under the title “Fade“. What distinguishes this song from the previous one is the piano accompaniment in the intro and the addition of Iselin vocals. Released on December 3, 2015, Faded successfully topped the Norwegian, Finnish and Swedish charts. Not only that, this song is also included in the top 10 on the charts of various countries, including the United States, United Kingdom, and Australia. 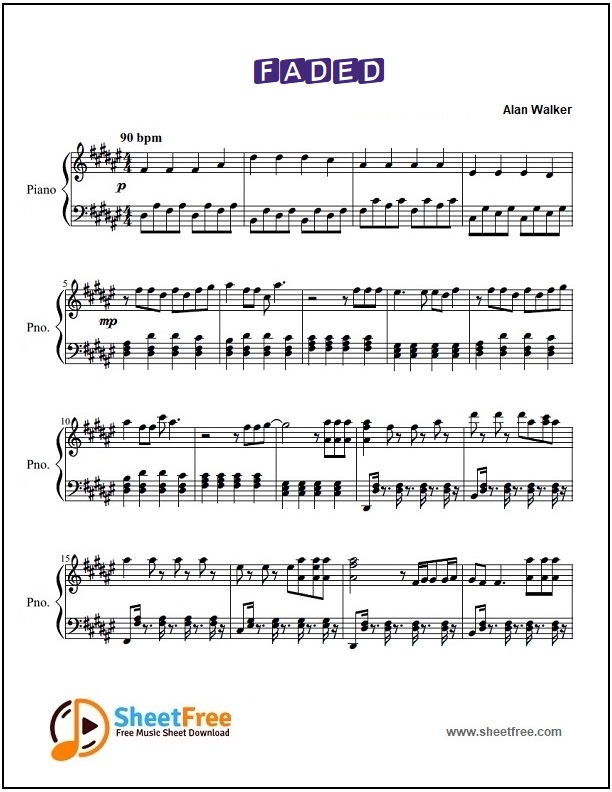 The song Faded made it into the top ten of the Norwegian charts, other European countries as well as Australia and other countries. This song does have simple song lyrics but Iselin Solheim’s voice and music are striking and easily recorded in the mind.

This song is about a couple who misses someone they love. I don’t know where he is now. Maybe time will be able to erase the memories of the loved one. He hid his wound by confusing reality and imagination about the person’s existence.

While the video clips set in Estonia depict the journey of a lonely man. He seems like a closed and lonely man.

Besides Faded, DJ Alan Walker, who in August this year will turn 19, also released the single “Sing me to Sleep” in collaboration with Iselin Solheim. Maybe Alan was right when collaborating with Iselin, the vocal color was right with Alan Walker’s composition. I think the song Sing me to Sleep is romantic. The man also has a female friend who is also mysterious. Whereas the Alone song in collaboration with Swedish singer Noonie Bao is more cheerful about friendship.

At a young age Alan, who is also good at playing guitar and piano, won many awards from the MTV Europe Music Award, Brit Awards, Gullsnutten, Wind Music Award and so on.