Beauty and the Beast is one of the soundtracks of a Disney animated film released in 1991. This solemn song was the first time to sing a duet by Celine Dion and Peabo Bryson. After more than a decade, this song is back to accompany the film which is no longer in the form of animation as before, a version of his life, this time, still with the same song title, but sung by different duets: Ariana Grande and John Legend. 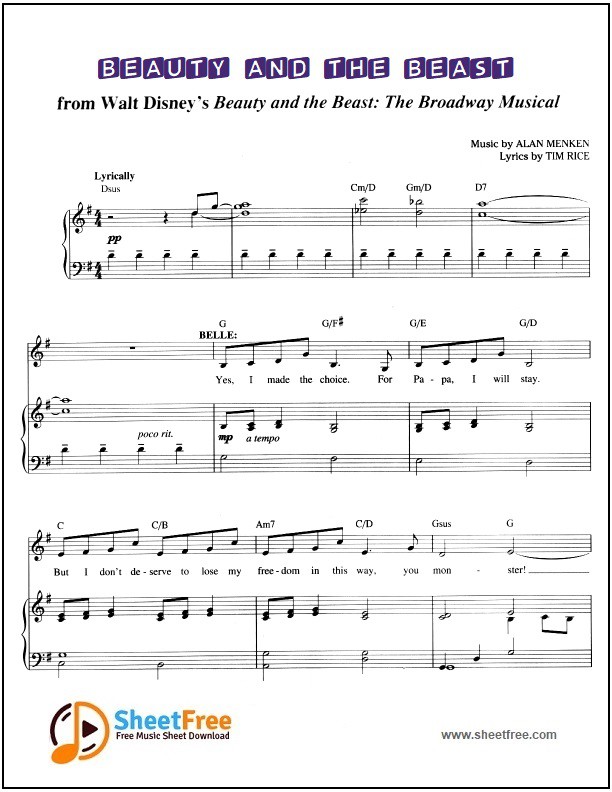 About ‘Beauty And The Beast’

The lyrics of this song tell a story that is timeless. A story about an ordinary beautiful-looking girl who accidentally meets a man who is far from handsome handsome words. So many feelings come, foreign feelings, trepidation, strange feeling, shock, sadness, and happiness. How all these feelings blend and coalesce to deliver the girl into a feeling of love.

In 1740, Gabrielle-Suzanne Barbot de Villeneuve wrote Beauty and the Beast and packed it as an allegory for matchmaking: a beautiful woman was handed over to a rich but ugly man, who demanded that the woman leave her father to live with the Beast for ever (complete with an extraordinarily luxurious dowry). Faced with the separation from the family and the bad face of the man, no wonder the Beauty trembles. What is it that makes this fairy tale sweet, why don’t we consider it a horror story? Consider one of the following keywords: the approval of the Beauty.

To understand how important the approval element is, let’s examine the core of the story again. Beauty and the Beast, have similarities with the myths of Cupid and Psyche. The point is the story of a man who is drunk romance, the search for true love, and the existence of magical elements in the story. Apart from the similarities that exist, Beauty and the Beast has a more domestic scope, in terms of empathy.

The alienation of a merchant from the city to the countryside is a daily misfortune, but the main core of this fairytale is located in the palace of the Bad Rupa, while the only magical task of the Beauty is to return home on time after visiting her family. This means that Beauty and the Beast emphasizes the core of the story on the idea of ​​marriage.