Believer is a song by Imagine Dragons and the song was released in 2017. This song is becoming a trend as a relaxed song but has a cool beat. 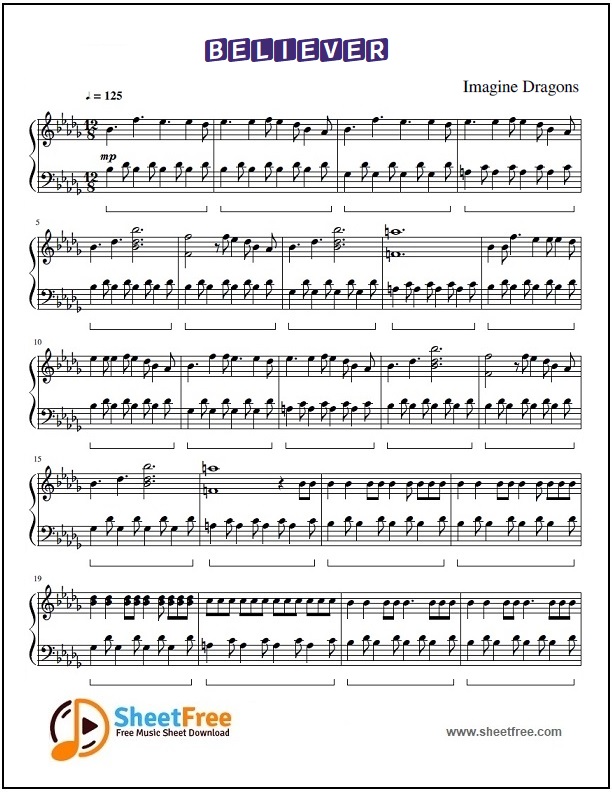 About ‘Believer by Imagine Dragons’

After the single Radioactive was a huge success on the market and launched the album NIGHT VISIONS, it was felt that almost all young people made Imagine Dragons as part of their music playlist. Not only that, the second album, SMOKE + MIRRORS, also made this American rock quartet continued to race in the music industry.

Now, after releasing their second album in 2015, Imagine Dragons is now ready to offer their catchy songs back. As reported by Billboard, recently Imagine Dragons released a brand-new single titled Believer.

Interestingly, the song Believer feels very emotional with a strong meaning that is nicely packaged in every line of lyrics by the vocalist, Dan Reynolds. Yep, even Reynolds is grateful for every ups and downs he experienced in his youth to make him a believer.

And Reynolds reflects on his life that was ruined from a young age. But a series of life phases and the pain he experienced made Reynolds then write the story of his journey as a human being who has faith and hope.

Believer Track itself is a track that was asked by Imagine Dragons as lead-single for their third album. Although until now there is still no exact date when the album was released, Believer track is believed to be a brief summary of all material on the latest album Imagine Dragons.