“Carol of the Bells” is a popular Christmas song written in 1914 by Ukrainian composer Mykola Leontovych (music) and Peter J. Wilhousky (lyrics). This song is based on the Ukrainian folk song “Shchedryk”. 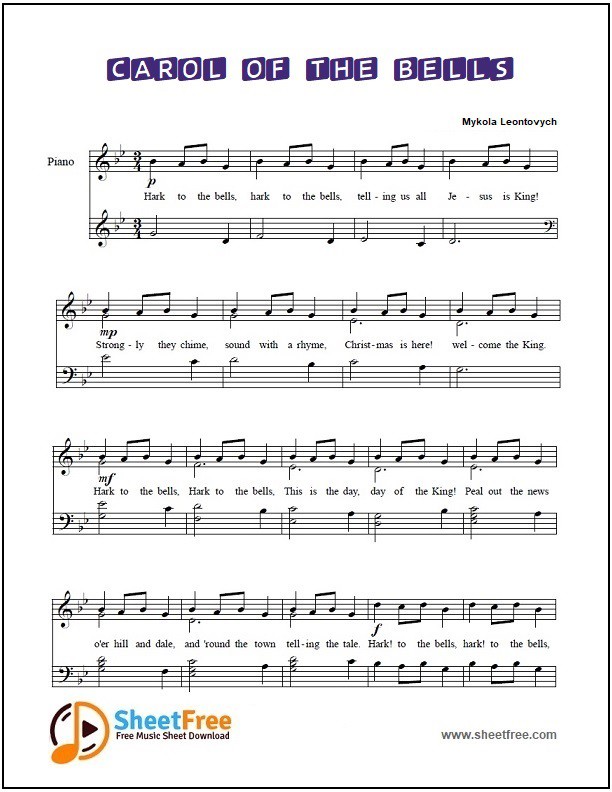 Carol of The Bells : The Story Behind The Song

Singing carols is a great way to spread the holiday spirit. Whether it’s singing in your living room with your family or enjoying a quality performance from a professional choir, this is a fun activity for children and adults.

Even though all the songs sound familiar, not many know the history and origins of Christmas songs that we know and love today. Let’s explore the history of the popular Christmas carol, “Carol of the Bells”, which is rooted in the melody of an ancient Ukrainian folk song called, Shchedryk.

Shchedryk was composed by Ukrainian composer and music teacher, Mykola Dmytrovych Leontovych, (1877-1921) in 1916. The title of this song means “little swallow” in English. This song is about a sparrow flying into a house and singing to families about the abundant years that await them.

Originally not a Christmas song, Shchedryk is actually a song to celebrate the New Year. Thus, it was first performed in Ukraine on the night of January 13, 1916. Although this date is 12 days after the New Year’s Day on the Gregorian calendar, Shchedryk’s premiere is actually not a late New Year celebration. While the Gregorian calendar is the most widely used calendar internationally, the Orthodox Church in Ukraine continues to be used for the Julian calendar. According to the Julian calendar, January 13 is considered New Year’s Eve in 1916.

In the United States, Shchedryk was first performed on October 5, 1921 at Carnegie Hall by Alexander Koshetz, National Chorus of Ukraine.

Peter J. Wilhousky (1902-1978) was a composer and conductor of the popular American choir at the time who was of ethnic Ukrainian origin. When he heard Shchedryk, he decided to write new lyrics in English to accompany the melody of the song in 1936. Wilhousky had copyright on the new lyrics and his song was what we now know “Carol of the Bells”.

As the title suggests, this beautiful song is about the bells that come at Christmas. Popular folk songs have been performed many times, with renditions by Richard Carpenter, Wynton Marsalis and Pentatonix.