City of Stars is a song sung by Ryan Gosling and Emma Stone in the film La La Land. This song won the Golden Globe Award for Best Original Song and the Critics’ Choice Movie Award for Best Song. The music was composed by Justin Hurwitz and the lyrics were composed by Pasek and Paul. 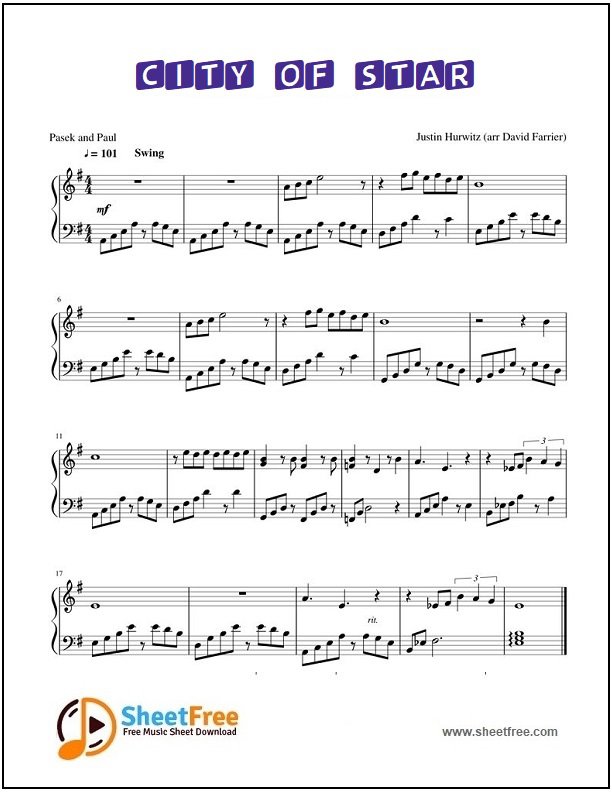 About ‘City of Stars’

Almost the same as the song ‘Audition (The Fools Who Dream)’, City of Stars also tells about dreams and love. Music from City of Stars was written by Justin Hurwitz, while the lyrics were written by Benj Pasek and Justin Paul. In addition to being nominated for an Oscar this year, the song has also won a trophy for a similar category at the 2017 Golden Globe Awards.

‘La La Land’ is now one of the most talked about Hollywood films. ‘La La Land’ itself is a 2016 United States musical romance comedy drama written and directed by Damien Chazelle and starring famous Hollywood actors and actresses such as Ryan Gosling, Emma Stone, John Legend, and Rosemarie DeWitt.

The film ‘La La Land’ tells the story of a young musician and aspiring beautiful actress who met and fell in love in Los Angeles. The title refers to the abbreviation for the name of the city of Los Angeles and an expression that means the dream world. The film ‘La La Land’ premiered at the Venice Film Festival on August 31, 2016 and was released in the United States on December 9, 2016 by Summit Entertainment.