Comptine d’un autre été: l’après-midi is a charmingly different track that really sticks with you, and succeeds in being both moving and bumpin’. 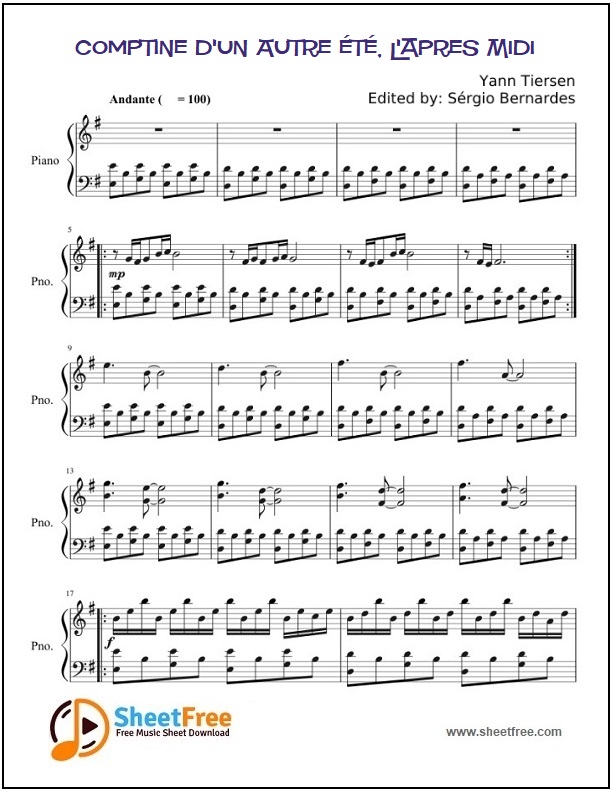 Call me crazy, but I find it hard to imagine a bruise like Jay Haze enchanted by Jean-Pierre Jeunet, Le Fabuleux Destin d’Amélie Poulain, a funny and unique love story known to many as Amelie. I would give him the advantage of that doubt and assume he saw him dating a really hot ass, which he dug up long before his credit rolled. In any case, he liked a musical score that was enough to beat the beat under one of the tracks and asked Tuning Spork to release it on a 12-inch one-sided turquoise. And, even though it sounds impossible, Comptine d’un autre été: l’après-midi is a very beautiful, different track that really attaches to you, and manages to become mobile and bumpy.

A contemporary composer with a rare pop appeal, Yann Tiersen’s bitter melodies have graced a number of critically acclaimed albums and soundtracks. Comptine d’un autre été: l’après-midi, exemplifies his style well, focusing on melodies that are just as appealing as he is sad. Jay Haze gave Tiersen’s composition a large breathing space, focusing on the drum and letting the piano do that. The beat is classic Haze – thick and funky with impressive attention to detail. The contrast between Haze’s tenacity and Tiersen’s melancholy was strangely symbiotic, and the song was no less optimistic than Haze’s typical fare. Indeed, this heavy-hearted track may be too bleak for some people, but this is a refreshing change of pace for Haze and also Tuning Spork, and will undoubtedly trigger a sad moment of clarity on the dance floor.