“Despacito” is a song owned by a famous singer from Puerto Rico, Luis Fonsi has two versions, the first version is sung by Luis himself featuring Daddy Yankee. The second version, Luis sings with Justin Bieber but still features Daddy Yankee. The single was released in January 2017 and has a fantastic viewership on YouTube. Just imagine, in less than 6 months, the audience of the video clip “Despacito” has reached 2.4 billion. Meanwhile, the single version of the duet with Justin Bieber was released last April and got 397 million viewers. 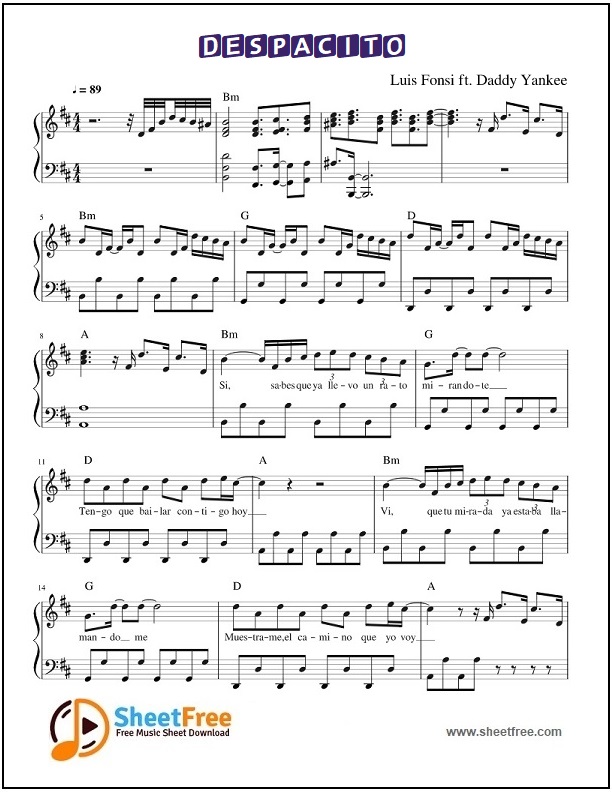 “Despacito” is a single performed by Puerto Rican singer Luis Fonsi along with Puerto Rican rapper Daddy Yankee. On January 12, 2017, Universal Music Latin released “Despacito” and its music video, which featured the two artists performing the song in the La Perla neighborhood of Old San Juan, Puerto Rico and the local bar La Factoría. This song is the first song to reach 6 billion views on YouTube. This song was written by Luis Fonsi, Erika Ender and Daddy Yankee, and produced by Andrés Torres and Mauricio Rengifo.

This song is a reggaeton-pop genre song composed at the same time, with lyrics about having sexual relations, displayed in a subtle and romantic way. Commercially, the song topped the charts in 45 countries and reached the top 10 of the 9 other songs, making it the single most successful Fonsi and Daddy Yankee to date. This song became the first song in Spanish that topped the Billboard Hot 100 since “Macarena” (Bayside Boys Mix) in 1996.

Several remix versions were released following the success of the single. On March 17, 2017, two solo versions of the song, a pop version and a salsa version featuring Puerto Rico musician Victor Manuelle, were released. On April 17, 2017, a remixed version featuring Canadian singer Justin Bieber was released; this version helps improve the performance of the charts in many countries, especially in the English-speaking part of the world. On May 5, 2017, two electronic versions produced by American trio Major Lazer and DJ MOSKA Colombia and an urban version produced by Sky were released. In July, “Despacito” became the most viewed song online of all time with 4.6 billion streaming.