“Dragonborn” is probably the best known music from the video game “The Elder Scrolls V: Skyrim”, composed by Jeremy Soule. I admit I never played Skyrim, but I was immediately fascinated by the music. 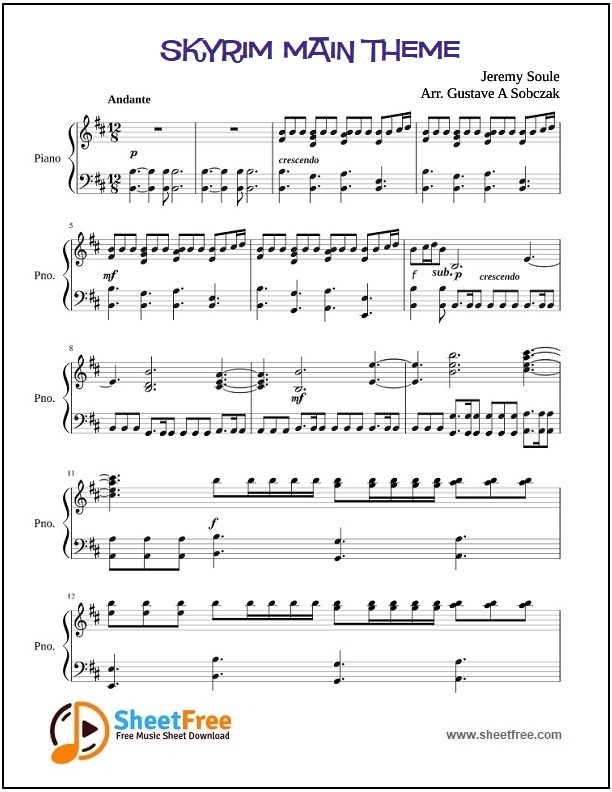 The Elder Scrolls V: Skyrim – Dragonborn is the third and final add-on for the action role-playing open world video game The Elder Scrolls V: Skyrim. It was developed by Bethesda Game Studios and released by Bethesda Softworks on the Xbox Live Marketplace on December 4, 2012. The Microsoft Windows version was released on February 5, 2013, and the PlayStation 3 version was released on February 12, 2013.

Dragonborn involves the player character (the current Dragonborn) coming into contact with the first Dragonborn, Miraak. The game takes place on the island of Solstheim, previously featured in the Bloodmoon expansion for The Elder Scrolls III: Morrowind.

Dragonborn follows the same gameplay style as Skyrim, with the player free to explore the island of Solstheim at will, pursuing quests at their leisure. New armors, weapons, locations, and enemies have been introduced. A new feature in Dragonborn is the ability to tame and ride dragons. The player can use a dragon to target and attack enemies, but does not have complete control of the flight. New dragon shouts have also been introduced.

In this game, players can find legends, folklore, and intricate knowledge in Tamriel, the name of an area that appears in the series The Elder Scrolls. Likewise with Skyrim, which is the name of a province inhabited by the Nord race which has a culture and culture similar to the Vikings in the native world. The story in Skyrim revolves around the adventures of the player as a hero called Dragonborn. According to the legend of the Nord people in Skyrim, Dragonborn is a dragon exterminator who appears to free the world from destruction caused by the actions of the dragon.

Skyrim took 200 years after the incident at The Elder Scrolls IV Oblivion. The storyline that was delivered to Skyrim. This game also provides a variety of books in the game that can be read to be able to dive into the story. In this game, many dragons can be hunted by players. This is one of the attractions of Skyrim. Aside from its large world, of course, many secrets it keeps, and various activities that players can do.