Game of Thrones is a United States fantasy television drama series created by David Benioff and D. B. Weiss for the HBO channel. This series is an adaptation of A Song of Ice and Fire, a fantasy novel series written by George R. R. Martin, the first novel is A Game of Thrones. 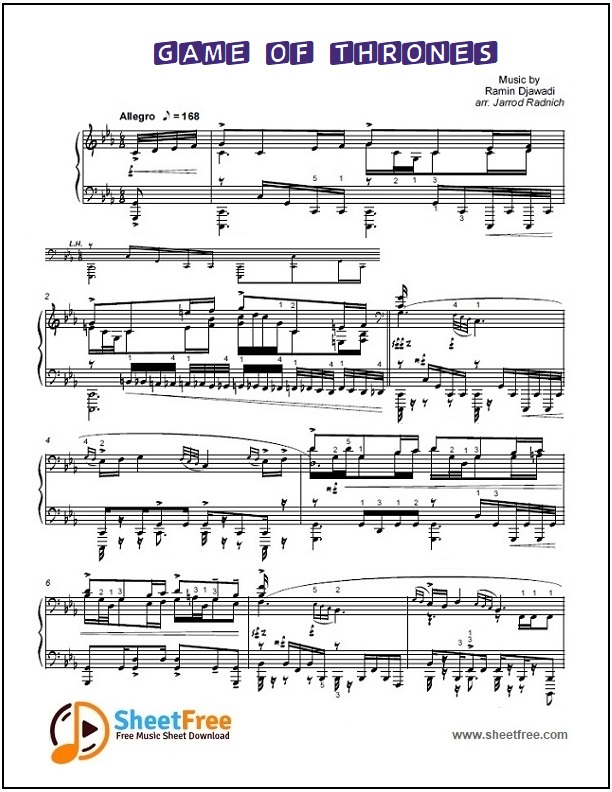 About ‘Game of Thrones (Main Theme)’

Game of Thrones is produced and filmed in Belfast and elsewhere in the United Kingdom. Filming locations also include Canada, Croatia, Iceland, Malta, Morocco and Spain. Game of Thrones premiered on HBO United States on April 17, 2011, and ended on May 19, 2019, with a total of 73 episodes aired for eight seasons.

Other storylines focus on the last descendants of the overthrown ruling dynasty, who live in isolation and plan to regain the throne, while the other storyline is about Night’s Watch, a military group that protects the kingdom from ferocious tribes and legendary creatures from the North.

Game of Thrones broke the record of television viewers on HBO and has a broad and active international fan base. The series has received 47 Primetime Emmy Awards, the most among other TV drama series, including Outstanding Drama Series in 2015, 2016, and 2018. Other awards and nominations include the three Hugo Awards for Best Dramatic Presentation (2012-2014), Peabody Award 2011, and five nominations in the Golden Globe Award for Best Television Series – Drama (2012 and 2015-2018).

Among the cast, Peter Dinklage has won three Primetime Emmy Awards for Outstanding Supporting Actors in a Drama Series (2011, 2015 and 2018) and the Golden Globe Award for Best Supporting Actors – Series, Miniseries or Television Film (2012) for his performance as Tyrion Lannister.