“Happy Birthday” is a song that is usually sung to celebrate someone’s birthday. According to Guinness World Records 1998, “Happy Birthday to You” is the best known song in English, followed by “For He’s a Jolly Good Fellow”. The basic lyrics of this song have been translated into at least 18 languages. 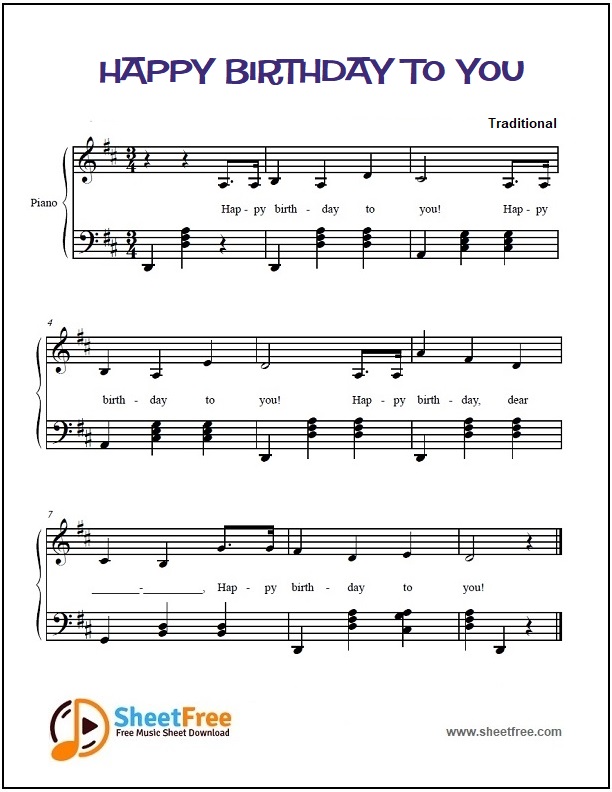 When celebrating a birthday, there must always be a Happy Birthday song. This has become a habit at a birthday party. Even the song version of Happy Birthday has also been adopted by various countries by changing the language in their mother tongue. But do you know the facts behind this very popular song?

Meet Mildred J. Hill (1859-1916) and Patty Smith Hill (1868-1946)! Hill siblings are the authors and makers of the melody of the song Happy Birthday to You. Mildred as composer of melodies, while Patty as lyricist.

But, it turns out, the lyrics of the song Happy Birthday to You (HBTY) made by Patty, originally made for the opening song to start elementary school children classes, you know. It’s called Good Morning to All (GMTA).

The song Good Morning to All, is one part of the song book or song book, Song Stories for the Kindergarten, written (co-writer) by the Hill brothers in 1893.

The change in lyrics from “good morning” to “happy birthday” itself is still unclear how it can change. But, what is certain is that this song was sung by Patty’s students who sang the lyrics as needed, be it the class opening song or for a birthday song.

Over time, this year’s GMTA song and alternative version of the song attracted a lot of widespread attention. Both melodies and song lyrics are spread through song books, radio, in a Talkie movie scene, to be used as the first song on the telegram singing platform, Western Union, sent by Rudy Valle.

GMTA melodies and songs (as well as HBTY) began to be used by many parties, without giving royalties to the Hill brothers. This was even brought to legal proceedings by Jessica (Mildred and Patty’s brothers), related to royalty. However, because the lyrics of the song HBTY do not have solid evidence written by the Hill brothers, this song cannot be protected by official copyright.

Although there is no official proof, we should thank Mildred and Patty, here. Without them, we would never sing the song Happy Birthday to You, which we sing until now.