“Hey Jude” was written by a member of The Beatles who played bass while filling in vocals, Paul McCartney. This song was recorded in one of the most famous music studios in the world, Abbey Road Studios. The Bealtes released this song on August 26, 1968. This song had topped the music charts in Britain and America for 9 weeks. 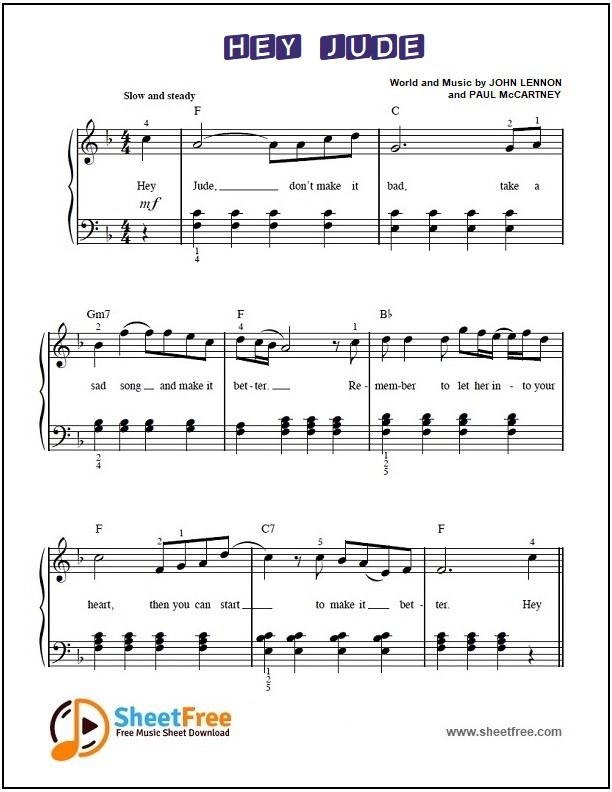 At a glance, the lyrics of “Hey Jude” tells the story of someone named Jude, who is heartbroken because of a woman. But actually this song is called Hey Jules, and was made by Paul McCartney for Julian Lennon, son of John Lennon.

Julian Lennon must feel the divorce of his parents, John Lennon and Cynthia Lennon, when he was just five years old. Paul McCartney, whose childhood had to feel the loss of his mother who died of illness, finally made this song for Julian.

Julian himself was closer to Paul McCartney than his own father. Even consider Paul McCartney as his second father. That’s because his father often said that Julian was just a child who was born accidentally because he was drunk and underwent love one night with Cynthia which ended in marriage.

In this song, Paul McCartney tells Julian Lennon not to hold back his sadness, but rather listen to sad songs and make his feelings better with it.

“Hey Jude” is 7 minutes and 11 seconds long. The only song that lasted more than 7 minutes that topped the charts worldwide in the 1960s was Richard Harris’s song “MacArthur Park“. In the United Kingdom itself, “MacArthur Park” did not reach number 1 but the record “Hey Jude” which is the longest longest single at the top of the charts lasted for more than 20 years before finally being broken by “I’d Do Anything for Love (But I Won’t Do That)“by Meat Loaf in 1993 which is 7:58.

That is the story behind the song Hey Jude, which is considered to be very successful in its era. A good song will indeed still feel good to hear and not boring even though the song includes a legendary song like Hey Jude from The Beatles.

Let It Be Piano Sheet Music