“How Far I’ll Go” is the 2016 Disney animated story song, Moana. This film was written and produced by Lin-Manuel Miranda. The song is sung in the film by American actress and singer Auli’i Cravalho, who plays Moana. Canadian singer, Alessia Cara, also recorded this song for the Moana voice line. This song was nominated for Best Original Song at the 89th Academy Awards and Best Original Song at the 74th Golden Globe Awards. 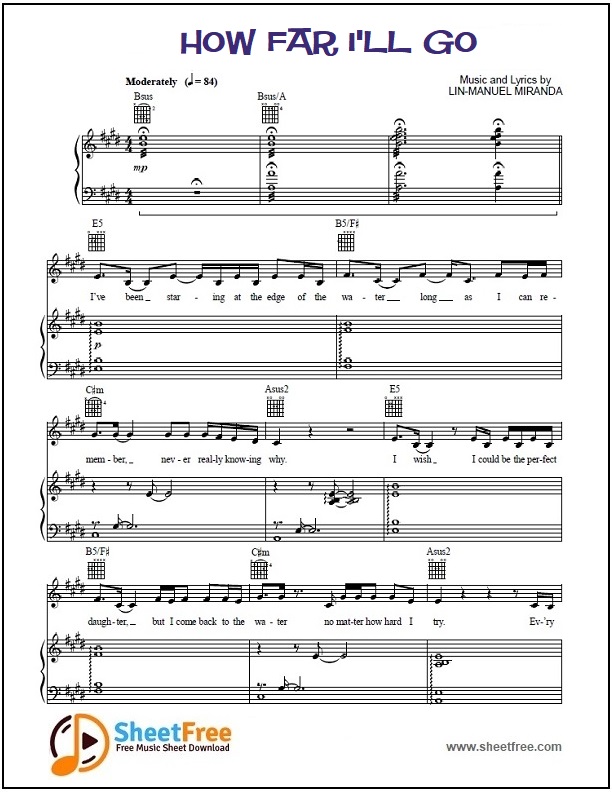 “Moana” is one of Disney’s animated films that has millions of fans around the world. In addition to its excellent appearance, the film “Moana” also has a positive message in it. In this film we are introduced by a brave and sweet girl, named Moana. With the role played by Moana, we are taught to be people who are independent and people who dare to make decisions even though at first we doubted the decision and the decision was also opposed by many people. Accompanied by a strong determination, the decision is “kekeh” for us to maintain.

The film “Moana” also has a soundtrack that is no less cool. The title is “How Far I’ll Go”. The song has two versions, namely the Auli’I Cravalho version, the voice actor Moana and the Alessia Cara version. In addition to films, the soundtrack is also very inspiring.

OST song “Moana” titled ‘How far I’ll go’ by Alessia Cara has the same meaning as the theme to be conveyed in the film itself. The main meaning of this song that is dominant is the search for the identity of a Moana, a young girl who has a different passion from women in general in her native area. How his desires and interests differ from others, namely his love of the maritime.