“Jingle Bells” was written by James Lord Pierpont (1822-1893) and was published under the title “One Horse Open Sleigh” in 1857. Although this song is now a standard Christmas song, it was originally created to be sung on Thanksgiving Day in America Union. 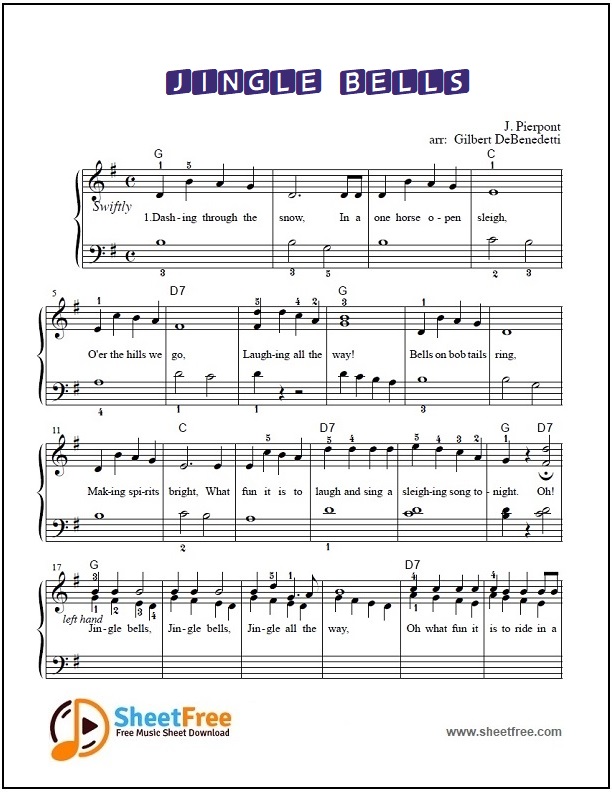 “Jingle Bells” is one of the most famous Christmas songs in the world but its history says that this is not a Christmas song. James Lord Pierpont originally wrote the song in 1857 and it was copyrighted at the time as “One Horse Open Sleigh“. The song was reprinted in 1859 with the revised title “Jingle Bells”. Pierpont wrote songs for the Thanksgiving program at a church in Savannah, Georgia in the United States where he was a resident organ.

The song “Jingle Bells” has been used in German and French songs to celebrate a pleasant winter. The lyrics are completely unrelated to what we all know and love. For example, Francis Blanche wrote the French song “Vive Le Vent” which means “Long Live the Wind” with references to New Year’s Day.

In 1898 “Jingle Bells” was first recorded by Edison Male Quartette in the United States. Since then it has been recorded by many great artists including Bing Crosby and The Andrew Sisters. In 2006 when Kimberley Locke sang it, it became the number one hit on the Billboard Adult Contemporary chart.

This is a fun fact. In 1965, December 16, “Jingle Bells” was the first song broadcast from outer space. Wally Schirra and Tom Stafford, the astronauts aboard the Gemini 6 played a joke. They conveyed to mission control that they saw a UFO with eight small UFOs ahead. Their report follows that pilots in the larger UFO command module wore red suits. The joke ended with the astronaut duo playing “Jingle Bells” on the harmonica accompanied by the sleigh bells they smuggled on the ship. Today at the Smithsonian National Museum of Air and Space both instruments are on display. Interestingly, they are considered the first musical instruments to be played in space.

“Jingle Bells” continues to be a favorite Christmas song whether sung in its original form or whether with parody, is still popular throughout the world today. Songs that bring family and community together to share the fun and a fun holiday at Christmas every year.