Jurassic Park was written by a New York-born composer, John Williams. MCA Records released the soundtrack album for the film on May 20, 1993. Also produced by Williams, this album includes most of the film’s main cues, sometimes edited together into longer tracks and often contains material not used in the film. 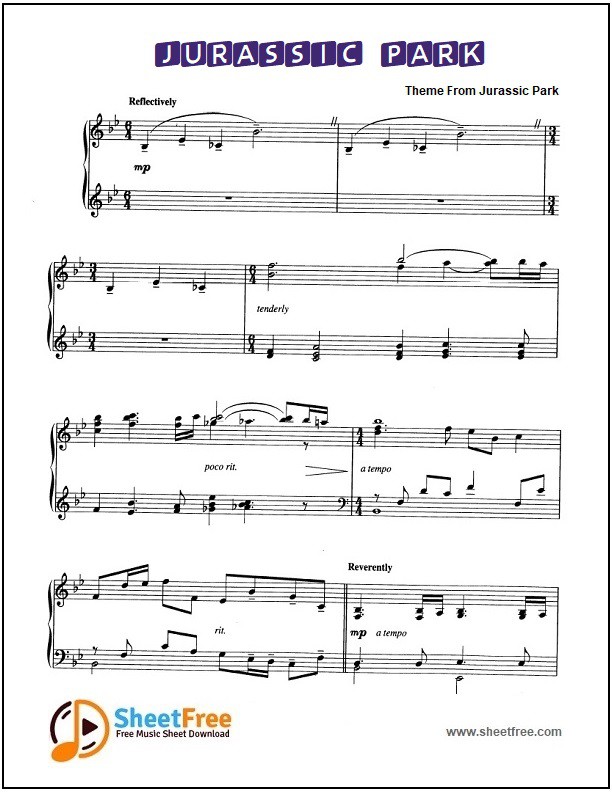 Jurassic Park itself can be called as one of the historic films for the Hollywood film industry to endemic throughout the world. How not, when it (1993) technology in the film industry is still limited with visuals that seem rigid for the size of the present age. However, the director, Steven Spielberg was able to break the “limitations” by displaying a very magnificent effect.

The man born December 18, 1946 succeeded in making Jurassic Park more real than his masterpiece film, Jaws, which tells the story of a giant shark rage. In fact, Spielberg was able to make seasoned directors like George Lucas fascinated and had to acknowledge the superiority displayed by Jurassic Park visually far deeper than his phenomenon, Star Wars! Of course, compared to Star Wars, which was first released in 1977 to become six films, Jurassic Park can be said to be more lively.

That’s reasonable, because, we can see that ancient creatures seem real. Like the tail wagging of Stegosaurus; header of the rhino ancestor, Triceratops; how the long-necked Hadrosaurus casually knocked down a tree while chewing leaves, until the terrible roar of a giant hot-blooded predator, Tyrannosaurus! And, it’s almost close to reality, which makes us feel like not watching a film, but like being in the Bandung Geology museum that displays a replica of Tyrannosaurus.

As a result, thanks to the carefulness of Spielberg and the film crew made Jurassic Park achieve extraordinary success. The film with the background of the novel of the same name by Michael Crichton in 1990 was able to reap gross revenues of 969 million US dollars (around Rp. 9.5 trillion). That makes Jurassic Park perched at number 18 in the world’s best-selling film of all time.

In addition, this film, which has a budget of 62 million US dollars, received three Academy Awards (Oscar) in three categories: Best visual effects, sound, and sound editing in 1994. For me, indirectly Jurassic Park and its two sequels, gave knowledge more about past lives when the earth was still inhabited by dinosaurs.