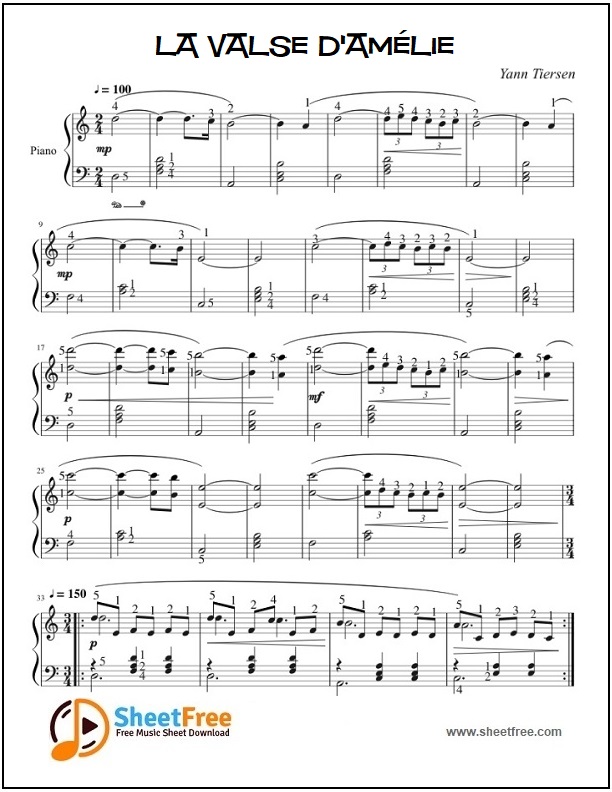 Amélie is the soundtrack to the 2001 French film Amélie. Director Jean-Pierre Jeunet chanced upon the accordion- and piano-driven music of Yann Tiersen while driving with his production assistant who put on a CD he had not heard before. Greatly impressed, he immediately bought Tiersen’s entire catalogue and eventually commissioned him to compose pieces for the film.

The soundtrack features both compositions from Tiersen’s first three albums, as well as new items, variants of which can be found on his fourth album, L’Absente, which he was writing at the same time. Beside the accordion and piano the music features parts played with harpsichord, banjo, bass guitar, vibraphone and even a bicycle wheel at the end of “La Dispute” (which plays over the opening titles in the motion picture).

Prior to discovering Tiersen, Jeunet wanted composer Michael Nyman to score the film. “Les Jours tristes” was co-written with Neil Hannon of The Divine Comedy. The track later received English lyrics, and was released by The Divine Comedy as a b-side to the Regeneration single “Perfect Lovesong.” The English-language version also appeared on Tiersen’s L’Absente.