“Let It Go” is the soundtrack of the Disney film, Frozen: Anna & the Snow Queen. The music and lyrics of the song were composed and written by Kristen Anderson-Lopez and Robert Lopez. The song in the film is performed by American-born singer and voice actor, Idina Menzel who plays Queen Elsa. 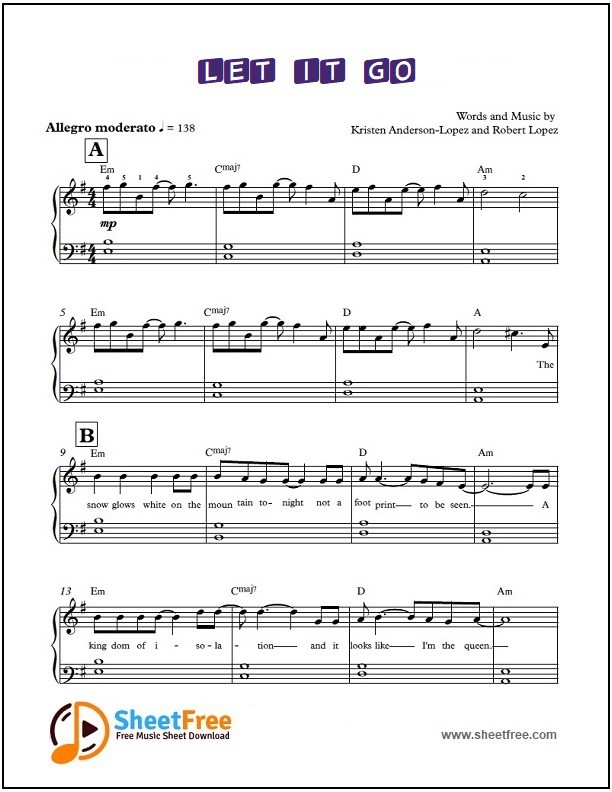 About ‘Let It Go’

The song, which is the soundtrack of the film Frozen, is able to make the listener stunned because this song gives encouragement to defeat fear and not be ashamed of yourself. Besides being sung by the main character in this film, Idina Menzel, “Let It Go” is also sung by Demi Lovato. “Let It Go” can be enjoyed on Demi’s latest album entitled “DEMI”.

According to Demi this song is closely related to his own life story, where in 2010 Demi had problems with emotional instability, bulimia, using illegal drugs to calm him, dependence on alcohol and various kinds of dependencies so that he had to do therapy and have to rest from the world of entertainment. For the sake of not being ashamed when he told what happened to him to the public after he recovered from his addictions and illnesses.

This song invites us to accept ourselves as we are, don’t be influenced by the past and focus more on what we have, don’t worry about what people say about us. If you listen to the verse by verse of this song Urbanesse will surely understand how this song has a very deep meaning, even though it comes from children’s cartoon films.

Demi’s vocal quality and different arrangements make this song not sound like a movie soundtrack if Urbanesse has never watched the movie Frozen. The message conveyed is still the same, but when sung by Demi, this song does not sound like a soundtrack. Urbanesse also has nothing to lose by buying this DEMI album, because besides “Let It Go”, there are a number of songs that have been heard on various radios or have watched videos such as “Made in USA” and “Neon Lights”.

“Let It Go” became the fourth animated film soundtrack that made it to the top of Billboard’s No. 1 charts. The three previous songs were “The Lion King” (1994), “Pocahontas” (1995) and “Curious George”. Disney’s animated musical films, such as “The Princess and the Frog” (2009) and “Tangled” (2010), were indeed successful at breaking through the box office. But the soundtrack was only able to survive in the 80th and 44th charts.