“Married Life” is the longest track on the Up soundtrack, and plays during the opening of the movie. The song went on to win a Grammy at the 52nd Grammy awards for “Best Instrumental Composition”. 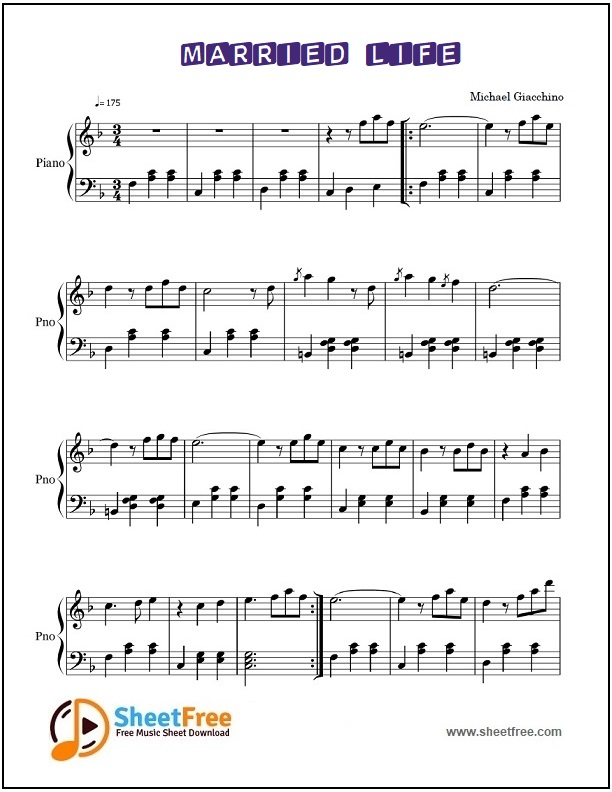 “Married Life” has one consistent theme throughout the song, with only slight variations over the course of the song. The major shifts in the song are changes in key, as well as changes in the tone of the piece. During more joyful moments in the scene, the theme is upbeat and cheerful; during more tragic moments, the theme slows down and takes on a more mournful tone. Through this, the song manages to avoid feeling repetitive while retaining consistency that reflects the couple’s consistent love throughout life’s ups and downs.

In an interview, Michael Giacchino, music composer for Pixar film titled Up! the story of his inspiration behind the film’s most phenomenal song, “Married Life”. Michael said at that time he wanted a chord that represented his feelings when he saw the sequence of life’s journey between Carl and Ellie. And the FM7 chord (F Major 7) is a chord that represents his feelings at the time. According to Michael, the FM7 chord is sad but also fun at the same time.

The song “Married Life” was then recorded in several versions and repeated in several scenes of the film Up! like the scene: