Mia and Sebastian’s Theme is the soundtrack of the song from the film ‘La La Land’. ‘La La Land’ itself is a 2016 American musical romance comedy drama written and directed by Damien Chazelle and stars by famous Hollywood actors and actresses such as Ryan Gosling, Emma Stone, John Legend, and Rosemarie DeWitt. 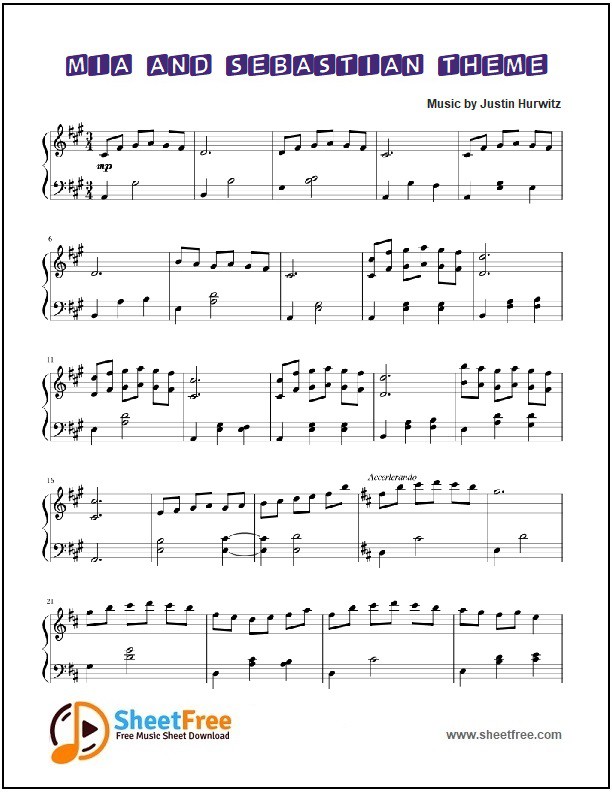 About ‘Mia and Sebastian’s Theme’

La La Land’s musical drama film is currently being talked about, especially since the film has won seven Golden Globe awards, including best director, scoring music and the best original motion picture soundtrack song. The songs in this film are beautiful and surely you will also like to want more (and more) after listening to it. There are several songs or numbers in this film that I recommend.

The film La La Land revolves around a beautiful girl named Mia who wants to become an actress and diligently audition. His destiny crossed with Sebastian, a jazz pianist and trying to pursue his dream of owning a jazz club. They fell in love, but then faced with the choice to pursue hope.

Because of musical films, there are many scenes where the players sing and dance. There are some beautiful songs.

The first is the main song of this film that brings Mia and Sebastian together. The number titled “Mia and Sebastian’s Theme” was played by Sebastian in a restaurant when he was frustrated because he was asked to play simple songs without improvisation. Mia is tempted to know who is playing the song, she likes it.

La La Land is called a romantic musical drama film. La La Land is beautifully packaged and presented. In addition to light-entertaining, La La Land also offered a lot of wisdom. One of the lessons that I got: Keep trying and don’t give up easily. Behind the darkness, stars may shine unexpectedly.