Sonata Piano No. 14 in C-sharp minor “Quasi una fantasia“, Op. 27, No. 2, known as “Moonlight Sonata”, is a piano sonata composition by Ludwig van Beethoven. “Moonlight” is the title given by German music critic and poet Ludwig Rellstab in 1832, 5 years after Beethoven died. Rellstab wants to give effect to the full moonlight seen in Lake Lucerne. 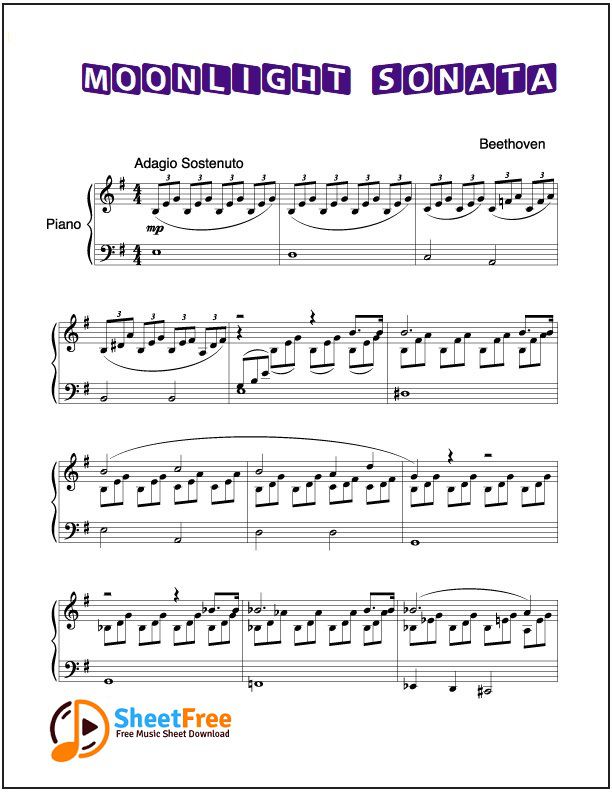 This composition was made in 1801 as a form of his deep love for his student, Countess Giulietta Guicciardi. The difference in degrees occurred between Giulietta, son of nobility and Beethoven, ordinary people who ended their relationship. It is through this composition, which was made when Beethoven had begun to turn deaf, describing how deep the feeling was.

I love Beethoven’s classic songs. The most memorable is the Moonlight Sonata. This song tends to recite the rhythm but has a dynamic that makes the listener feel like the beautiful full moon night but also the restless atmosphere in it.

This song is beautiful but I feel the gloomy atmosphere in it. There is only a piano in this song. There are no other instruments, but this song is luxurious and elegant. This song is like saving the irony, there are depressed and restless in a beautiful full moon night atmosphere.

I know this song from the Pansy manga series where the main character in the manga is told, Pansy, a girl who is talented in playing the piano. He experienced various things that made him a strong child and when he chose a song, he chose this number to play because it was in accordance with his mood.

Ludwig van Beethoven has a variety of beautiful works. The most famous is Fur Elise which is simple but so easily recorded in the mind. This song is often used in a music box. I used to have it and loved the song with the thought of a ballet dancer who danced to this song. The song is cheerful and is said to be an expression of Beethoven’s love for the girl he admires.

There is still Symphony no 5 where the intro is very unique and unique. This song is in the Beethoven film. Also there is Symphony no 9 which also inspires those who hear it. And there is also Symphony no 7 which has a dark atmosphere.

Beethoven was a great pianist and composer. Although he was unable to hear at the age of 31, he was not discouraged and kept making music.