My Heart Will Go On became the soundtrack of a phenomenal film, namely Titanic. The film Titanic not only achieved extraordinary success alone, but the soundtrack was also very successful in the market that ushered in the name Celine Dion increasingly shining on the world scene. Not half measures, the legendary song reached 30 million copies in sales worldwide. And an increase in sales of Celine Dion’s album “Let’s Talk About Love” to 31 million copies worldwide. 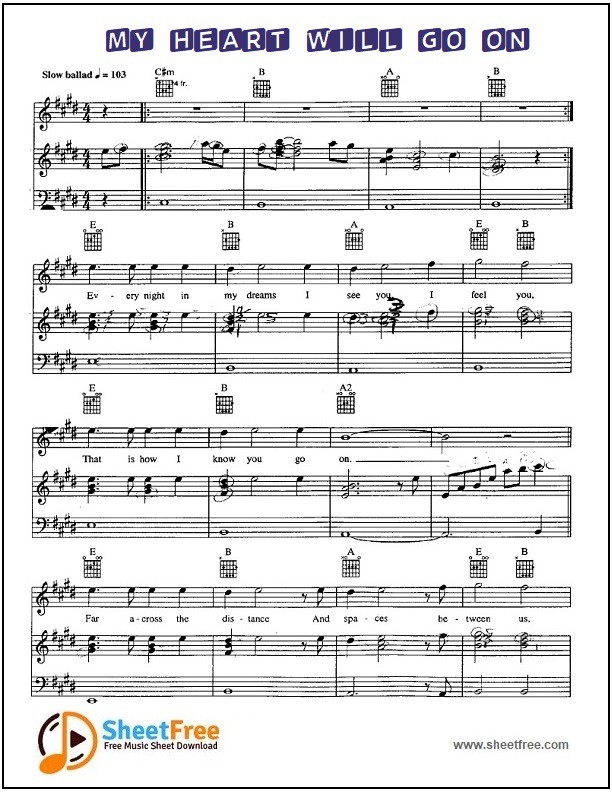 About ‘My Heart Will Go On’

My Heart Will Go On is a song in the 1997 Titanic film. The song was composed by James Horner, and the lyrics were composed by Will Jennings. The song was sung by Ce’line Dion, after being released in 1997 through the album Titanic movie track and the Dion album “Let’s Not About Love”. This song immediately topped the charts worldwide, including the United States, Canada, Ireland, the United Kingdom, Australia and Indonesia as well, this song became the most successful hit by Dion, one of the best-selling singles of all time and the best-selling single in the world in 1998.

If we look at the movie Titanic, the song has a message about the love story of a couple between Jack and Rose (the main character) which can be said to be heartbreaking for those who watch it. For some reason, when we listen to the song My Heart Will Go On, it’s as if we feel the entry into the film’s events.

Maybe there are still many songs out there that we do not know that can encourage us to react sadly, happy or scared, it all depends on the understanding and meaning of the song we are listening to and understanding the meaning in each of the lyrics. So what we need to emphasize here is that the song My Heart Will Go On by Celine dion can make us drift into deep sadness because the meaning of each of the lyrics is as if we share what Rose has experienced in the events she has experienced, more precisely the first time he met with Jack until Jack was gone in the event of the sinking of the cruise ship “Titanic“.