“Never Enough” was released in January 2018 as the ost of The Greatest Showman movie. Never Enough is sung by Loren Allred. This song carries the ballad genre with the dominance of high notes. The way to sing is quite challenging. 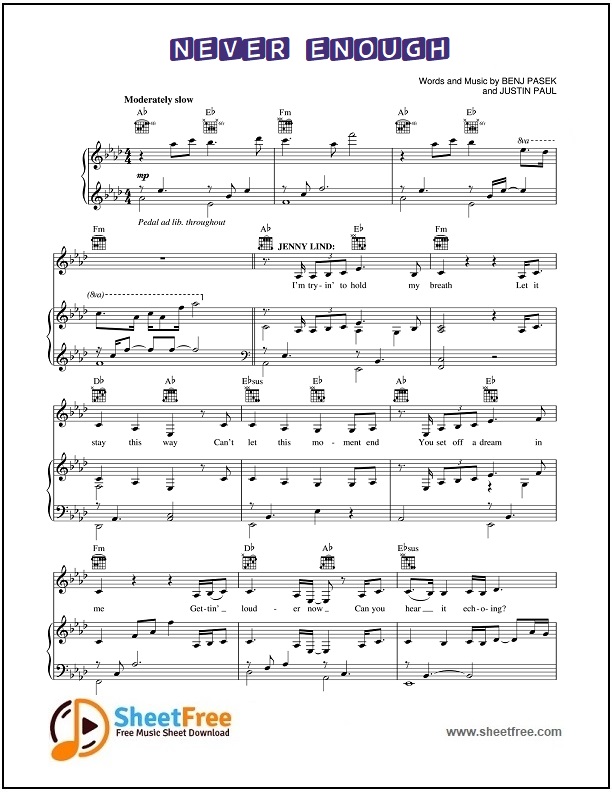 For those of you who have watched the film The Greatest Showman, you will know this song Never Enough ”. Songs with high notes, which often makes the listeners repeat singing again because they are still rejoicing in their minds, including me. Ehehehe… The song Never Enough we know through the character Jenny Lind, played by Rebecca Ferguson in the film The Greatest Showman, but Jenny Lind’s voice when singing the song is actually the voice of Loren Allred.

The Greatest Showman is a musical drama genre that was shown in theaters all over the world in 2017. The film was directed by Michael Gracey in its directing debut. The film was written by Jenny Bicks and Bill Condon and starred Hugh Jackman, Zac Efron, Michelle Williams, Rebecca Ferguson and Zendaya. This film is inspired by the story of P. T. Barnum.

The main shooting of the film began in New York City in November 2016, and aired on December 8, 2017 in Indonesia. The film was released in the United States on December 20, 2017, by 20th Century Fox and has grossed $420.4 million worldwide, making it the fifth best-selling musical film of all time.

The Greatest Showman received mixed reviews, with praise for Jackman and the entire show, music and production value. At the 75th Golden Globe Awards, the film received a nomination for the category of Best Motion Picture – Musical or Comedy and Best Musical Actor or Comedy for Jackman. For the song “This Is Me”, this film won the Golden Globe Award for Best Original Song category and was nominated for Best Original Song at the 90th Academy Awards.