“Nuvole Bianche” is used as the commercial theme music for the 2015 Spanish Lottery. The creator of this song is Ludovico Einaudi, an Italian pianist and composer. 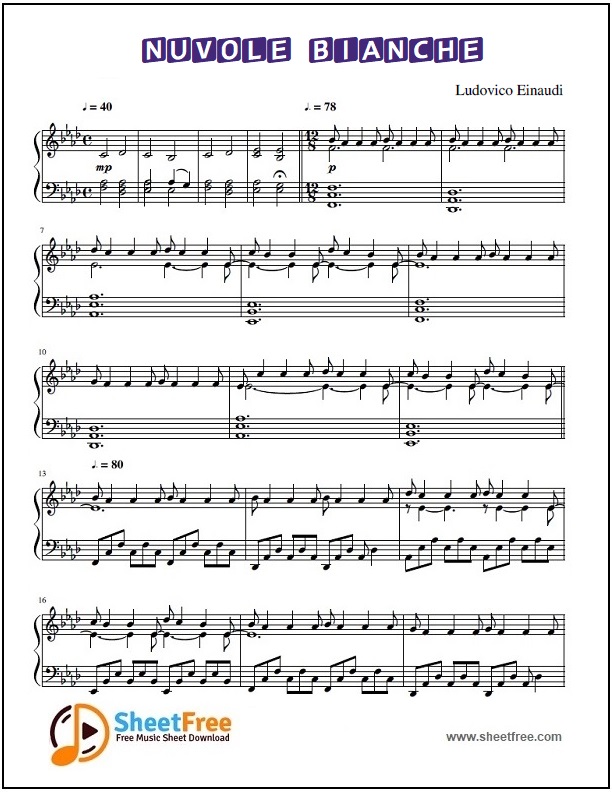 Ludovico Einaudi is an Italian pianist and composer. After his training at the Conservatorio Verdi in Milan and under composer Luciano Berio in the early 1980s, the man born on November 23, 1955 began his career as a classical composer and immediately combined other styles and genres, including pop, rock, world music and folk music.

Einaudi compiled scores for a number of films and trailers, including The Intouchables, I’m Still Here, Doctor Zhivago, and Acquario in 1996, where she won Grolla d ‘oro for the best soundtrack. He has also released a number of piano and orchestra solo albums, most notably Giorni in 2001, and Nightbook in 2009.

Einaudi was born in Turin, Italy. His father, Giulio Einaudi, was a publisher in collaboration with writers such as Italo Calvino and Primo Levi, and his grandfather, Luigi Einaudi, was President of Italy between 1948 and 1955. His mother played on the piano to him as a child. He began writing his own music as a teenager, writing first by playing a folk guitar.

He began his music training at the Conservatorio Verdi in Milan, earning a diploma in composition in 1982. In the same year he studied with Luciano Berio and obtained a scholarship to the Tanglewood Music Festival. According to Einaudi, “[Luciano] Berio did some interesting work with African vocal music and did some arrangements of the Beatles song, and he taught me that there was some kind of dignity in music. I learned orchestration from him and a very open way of thinking about music. “He also studied by collaborating with musicians such as Ballaké Sissoko from Mali and Djivan Gasparian from Armenia. The music is ambient, meditation and often introspective, drawing on minimalism and contemporary pop.