Ode To Joy is Beethoven’s last composition in Symphony No. 9. He became increasingly aware of the decline in health and spent seven years from 1818 to early 1824 working to complete this symphony. 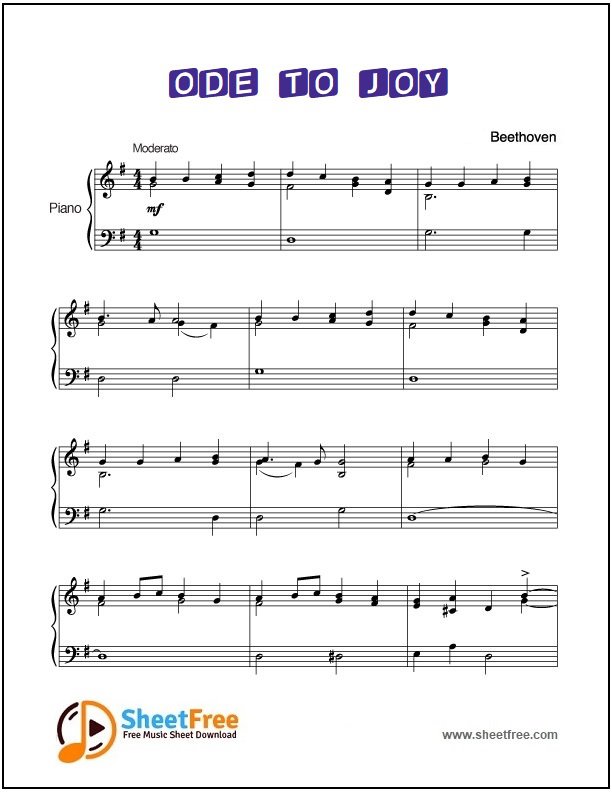 About ‘Ode To Joy’

Another name for Ode to Joy is Symphony No. 9 in the D minor scale is the last symphony of Ludwig van Beethoven, which was composed in 1824.

This 75-minute symphony contains a part of Friedrich Schiller’s “An die Freude” (Ode to Joy), as a text sung by soloists and choirs in the final movement. This work is the first example of the work of a great composer who uses the human voice at the same level as the instruments in a symphony.

At that time, the idea to use a choir and the voice of a solo singer was called the Choral Symphony. Beethoven had serious doubts about describing music messages in actual words. Even after launching, he was seen approaching and replacing all vocal lines with instrumental.

The words sung by four soloists and a choir come from the strong belief of humans. The words were taken from a poem written by the German writer Friedrich Schiller in 1785 and overhauled in 1803 with an addition given by Beethoven.

In 1971 the Council of the European Union Parliament Council decided to adapt the opening part of the Ode to Joy as a European union anthem based on Richard von Coudenhove-Kalergi’s suggestion made in 1955. Beethoven is considered the best choice for EU songs. This song was first played in 1972.

Besides being used as an anthem of the European Union, this song was also sung by students in the 1989 Tiananmen demonstration broadcasting this symphony through loudspeakers as a statement against tyranny. A famous show by Leonard Bernstein on December 25, 1989 celebrated the fall of the Berlin Wall. The word Freude (“joy”) is replaced by the word Freiheit (“freedom”) in that version.