See You Again is a song by American rapper Wiz Khalifa which features American singer Charlie Puth. “See You Again” is the soundtrack for the film “Fast and Furious 7” made especially in memory of the late Paul Walker. Khalifa wrote the song “See You Again” with the producer of the song, DJ Frank E and Andrew Cedar, with additional production from Puth and mixing by Manny Marroquin. 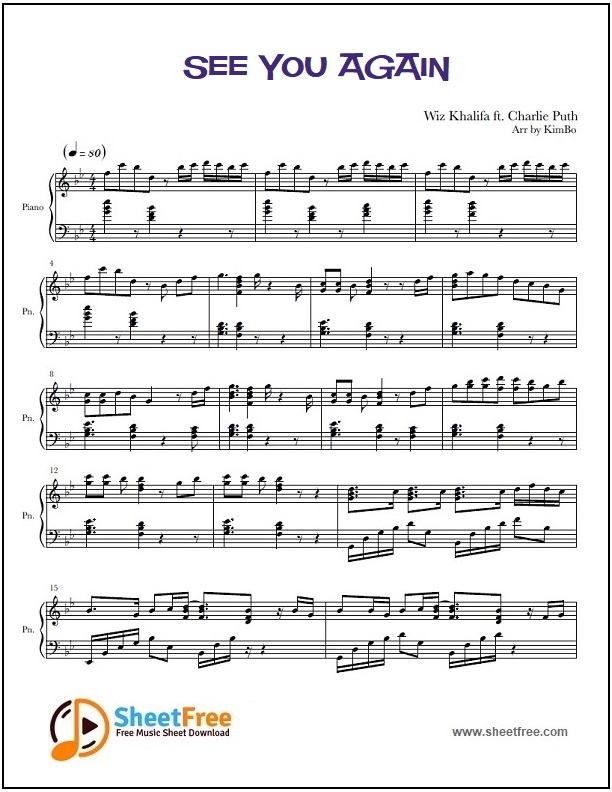 About ‘See You Again’

Have you watched “Fast Furious 7”? If so, surely you are familiar with the song Wiz Khalifah ft. Charlie Puth ‘See You Again’ which was played at the end of the film. Yes, the film “Fast Furious 7” which was officially released in early April, lined up as the best-selling box office film, along with the success of the song ‘See You Again’ which is devoted to the late Paul Walker.

No one would have thought indeed, that at the end of this action genre film there would be a song that was so emotional and tearful, if you remember Paul Walker. Entrusted to carry this song, Wiz Khalifa and Charlie Puth felt so compatible with the ballad-rap genre song.

The song was clearly created to commemorate Paul Walker who died in a car accident. He died when the film “Fast Furious 7” was still in the process of shooting. He is the actor Brian O’Conner in the franchise of The Fast and The Furious. When this article was written, I had not watched the film so I did not know what happened to Brian O’Conner when the cast had died.

This song tells of friendship and the memory of a friend who has died (Paul Walker). The tone of this song describes sadness. In this song is also very often discussed about the experience of Paul Walker with his friends on the streets with his favorite car.

At the beginning of the song, the songwriter said that he really missed his dead friend. He really wanted to say that when he met his friend again (in heaven).

In the official video clip, there are several pieces of film from the franchise of The Fast and The Furious, most of which show the action Brian O’Conner. At the end of the video clip it says “FOR PAUL” which means the song and the video clip are truly dedicated to Paul Walker.