“Sounds of Silence” is a song that brought folk musician duo Simon & Garfunkel to popularity. Written in February 1964 by Paul Simon, this song describes the events after the assassination of John F. Kennedy in 1963. The original version chosen by this group was remixed and sweetened, and is known as “the quintessential folk rock release”. 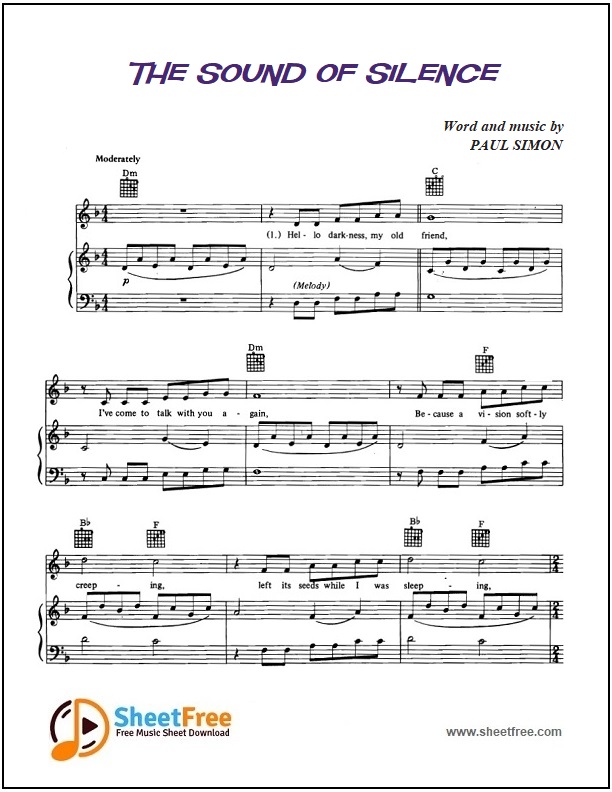 About ‘The Sound Of Silence’

Paul Simon began making this song some time after the assassination of President Kennedy. He has perfected the music but hasn’t written the lyrics. On February 19, 1964, the lyrics were perfected, and Simon’s statement: “The main thing about playing the guitar is that I can sit alone and play and dream. And I always love to do it. I like going to the bathroom, because the place is tiled, so it’s a bit like small echo chamber. I will turn the tap so the water can flow – I like the sound, it is very soothing for me – and I start playing. In the dark. ‘Hello darkness, my old friend/I’ve come to talk with you again‘.

Simon played his new composition to Garfunkel on the same day, and before long, the two began performing at folk clubs in New York. On their debut album liner notes, Wednesday Morning, 3 A.M., Garfunkel said, “‘The Sound of Silence’ is a great work. We are looking for a song with a larger scale, but this exceeds what we thought.”

The duo recorded it for the first time on March 10 and included it in Wednesday Morning, 3 A.M., which was released in October. After being released, the album failed, and the two separated, Simon went to England during 1965, joining singer-songwriter Bruce Woodley from The Seekers. There he often performed solo in folk clubs and recorded The Sound of Silence for the second time on his solo LP in May 1965, The Paul Simon Songbook.