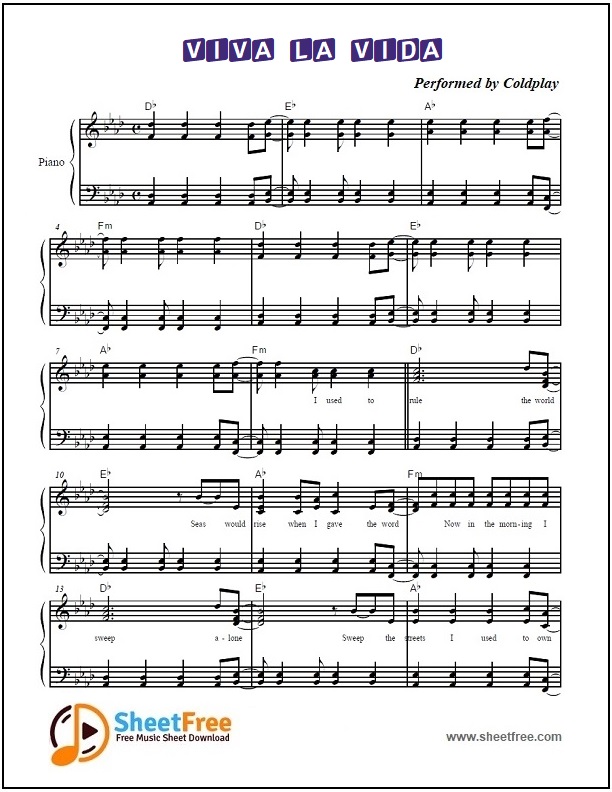 Viva la Vida is a song performed by an English band, Coldplay. The song composed by all Coldpaly personnel is contained in their fourth album entitled Viva la Vida or Death and All His Friends (2008). Viva la Vida achieved great success in the market and ranked at the top of various international song charts such as the UK Singles Chart and Billboard Hot 100. The song won the Grammy Award for Song of the Year at the 51st Grammy Award in 2009.

The song Viva la Vida besides having excellent musical elements, also has very interesting song lyrics to be studied. The lyrics in Viva la Vida can make the listener curious because it has ‘very deep meaning’. In this song all Coldplay personnel poured ideas and provided various perspectives on life, history, and religion.

Viva la Vida got his inspiration from paintings by 20th-century Mexican painters, Frida Kahlo. Chris Martin, lead singer of the band Coldplay, said that Viva la Vida which in English means “Long Live Life” is a song dedicated to the figure of Frida Kahlo who remains strong and appreciates life despite suffering from polio. Kahlo who has gone through various bitterness in life can paint great works in his home and say “Viva la Vida”.